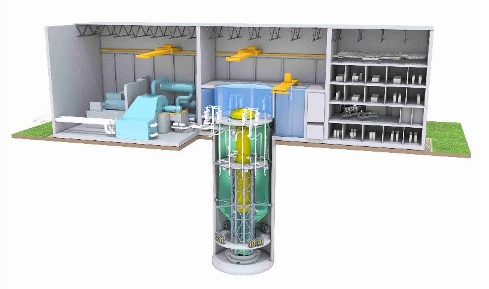 After a decade of uncertainty, Japan is taking small steps back into nuclear energy development. The first fruits were evident this past week, when GE Hitachi Nuclear Energy became the first Japanese company to get an order to build a small nuclear reactor for a foreign power utility.

While most politicians say Japan will gradually decrease reliance on nuclear power and shift to other CO2-free energy sources, a consensus is forming around the need to restart R&D programs for next-generation reactors.

In FY2022, government funding for such programs is due to jump to its highest level in years. The hope is that next-generation nuclear tech will bolster energy security and create decarbonization pathways other than renewables. The trend would also synchronize Japan’s efforts in nuclear with the strategy of major allies such as the U.S.

Even until recent months, discussing a nuclear revival and the building of new reactors was seen as too sensitive a topic for politicians. But the mood has shifted, in a process that began before the recent election of Prime Minister Kishida.

Still, for nuclear energy to regain wider appeal in Japan, overcoming strong public opposition, the industry knows that it must show how lessons were learned from the 2011 Fukushima disaster and that the technologies proposed today are safer, more effective, and less cumbersome to build / manage than earlier plants.

Nuclear’s supporters in government and business believe the answer lies in technology known as the Small Modular Reactor (SMR).