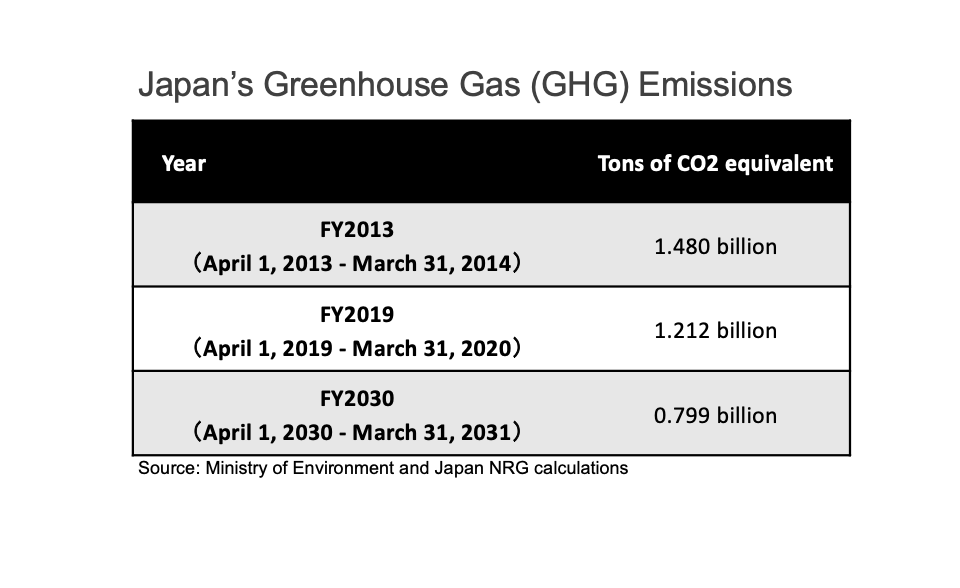 Last month, Prime Minister Suga declared a 46% reduction in greenhouse gas (GHG) emissions by FY2030 compared to FY2013 levels. Japan NRG takes a look at what this means in practice.

To achieve this, Japan needs to drastically restructure its energy sector, which emits 85% of total greenhouse gases (including methane and CFCs, etc.) and 93% of CO2. However, this can’t be done simply by shuttering coal plants and building more solar and wind farms. “Energy conversion” (which includes electricity generation and oil refining) accounted for only 433 million tons, or around 35.7% of Japan’s total emissions in FY2019.

Unless Japan eliminates the entire CO2 output of its energy sector in nine years, which is impossible, it will have to use other means to meet the FY2030 numbers. We outline a few of those paths, as well as areas of potential reductions within the energy sector.