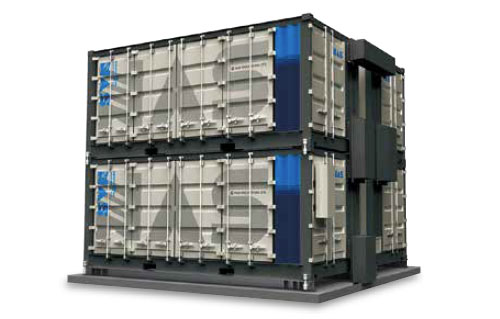 A shift to using weather-dependent energy sources like solar and wind requires ample and reliable power storage. So far, most attention has focused on lithium-ion batteries to fill that role, but the challenges there include inadequate supply and the price of lithium metal. One Japanese company, however, believes it has a better alternative.

NGK Insulators is a century-old ceramics maker headquartered in Nagoya, the city that’s also home to Toyota Motor. Unlike the automaker, NGK is hardly a well-known brand. It excels in niche areas such as porcelain insulators for power lines and sensors for engine exhaust, but it also has developed battery tech that promises to be the ultimate low-cost energy storage solution.

What’s more, NGK’s sodium-sulfur (NAS) storage battery is not just a concept. NGK has succeeded in installing 700 MW/ 4,900 MWh (output/ capacity) of its tech at home and abroad. The UN’s Industrial Development Organization even offers NGK and its sodium-sulfur batteries their own page on its website, rating this as one of the world’s most prominent sustainable technology platforms.

With batteries sorely needed to develop new businesses such as power aggregation, Virtual Power Plants (VPP) and more, NGK’s offering should be a shoe-in for success. Comments from end-users, however, indicate a more nuanced picture for NAS batteries. And despite their premise, NGK is struggling to turn a profit from the business.